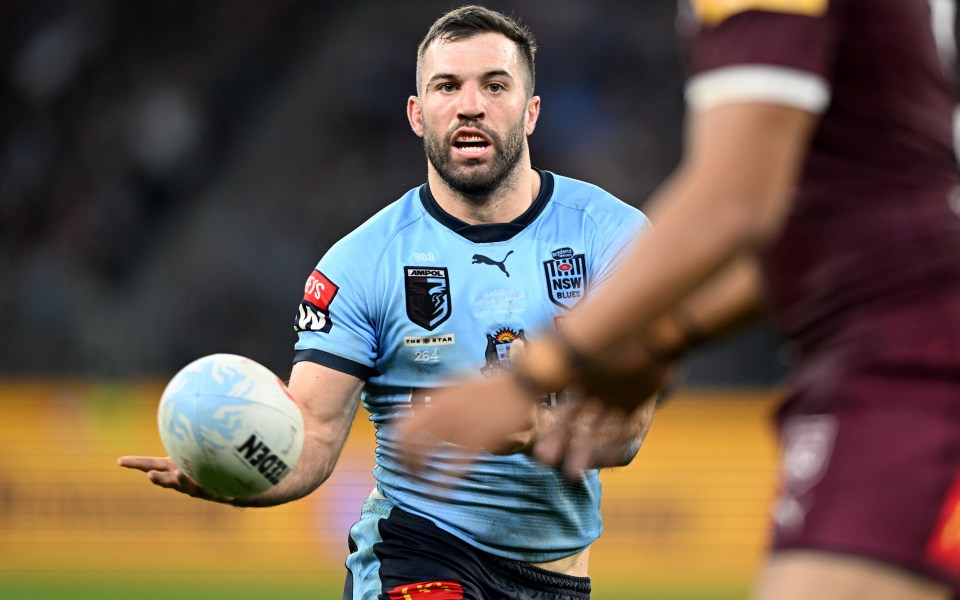 On a big night for the Blues captain, Tedesco claimed the Brad Fittler Medal, the True Blue Award for embodying the state’s spirit, and the fans’ choice award.

In doing so, he became the first player to claim all three major men’s prizes, and joins Jarryd Hayne as the only three-time winners of the main award.

That’s a clean sweep for Teddy 🥇🥇🥇

Kelly becomes the first woman to go back-to-back as she joins Simaima Taufa as a three-time winner of the state’s highest honour.

Tedesco had previously won the award after NSW’s State of Origin successes in 2018 and 2019, and was brilliant in a losing side this year.

A clear standout for the Blues, he scored just one try across the series but bust through 16 tackles and averaged 245 metres a game.

A huge congratulations to the NSW Women’s State of Origin Player of the Year, Isabelle Kelly 💪🏽 #BFM2022 #SkyBlues pic.twitter.com/qdr73IqSSq

He was also the most consistent player in the Blues’ team, as one of NSW’s best in their unsuccessful decider at Suncorp Stadium as well as the series opener in Sydney.

“It’s something you don’t want to play for, you don’t play for the individual awards,” Tedesco said.

“You just want to do your best every game and that’s that’s all I pride myself on especially.

“As captain, I just want to give my 100 per cent effort every game and do the best I can do.

“It’s nice to be rewarded, but the ultimate reward is winning, so that that’s the focus.”

Tedesco’s award comes a day after he was ruled out of the Roosters’ season-ending defeat to South Sydney, suffering a concussion after a 18th minute hit from Tom Burgess.

The Kangaroos No.1 was one of only two men’s players to attend the ceremony, alongside Jake Trbojevic.

Penrith’s seven State of Origin players were unable to be attend, with the Panthers holding their own club awards on Monday night.

Several other players are also in the midst of finals campaigns, with this season’s awards brought forward due to the end-of-year World Cup.

ARL Commission chairman Peter V’landys and NRL CEO Andrew Abdo were other notable absentees, as the feud between the league and NSWRL continues.