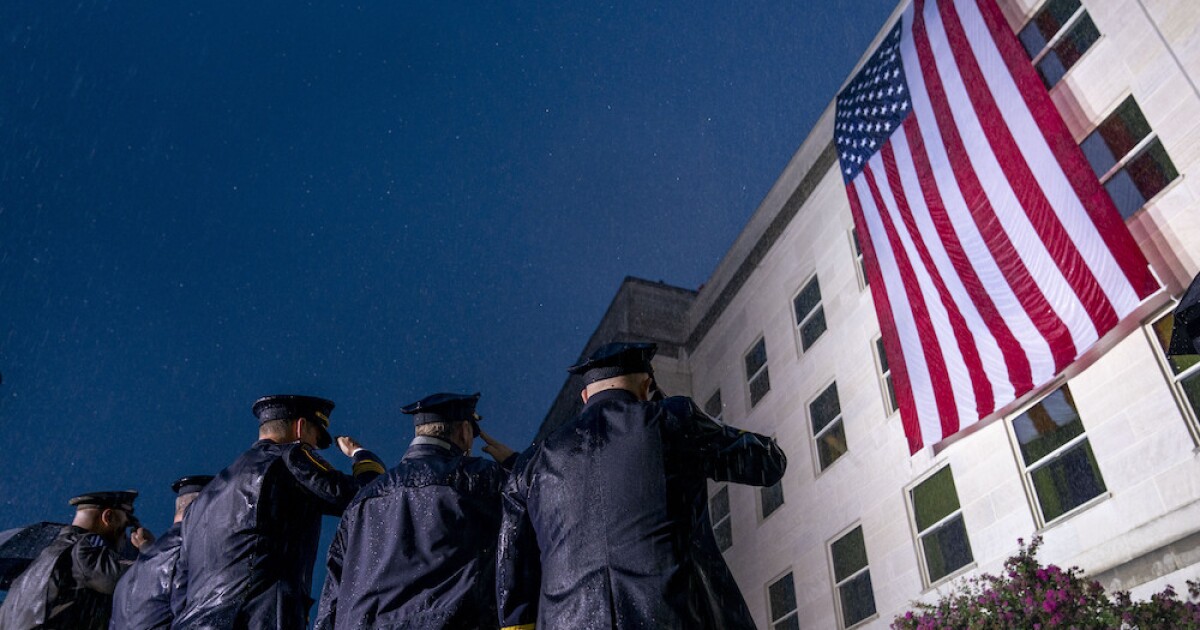 WASHINGTON (AP)  — President Joe Biden is set to mark the 21st anniversary of the Sept. 11 attacks at the Pentagon, a year after he ended the long and costly war in Afghanistan that the U.S. and allies launched in response to the terror attacks.

In ending the Afghanistan war, the Democratic president followed through on a campaign pledge to bring home U.S. troops from the country’s longest conflict. But the war concluded chaotically in August 2021, when the U.S.-backed Afghan government collapsed in the face of a countrywide Taliban advance that returned the fundamentalist group to power.

A bombing claimed by an Afghanistan-based extremist group killed 170 Afghans and 13 U.S. troops at Kabul’s airport, where thousands of desperate Afghans gathered in hopes of escape before the final U.S. cargo planes departed over the Hindu Kush.

White House National Security Council spokesman John Kirby said Biden in his remarks Sunday will recognize the impact the 2001 attacks had on the U.S. and the world and honor the nearly 3,000 people killed that day when al-Qaida hijackers took control of commercial planes and crashed them into New York’s World Trade Center, the Pentagon and a Pennsylvania field.

Biden marked the one-year anniversary of the U.S. withdrawal from Afghanistan late last month in low-key fashion. He issued a statement in honor of the 13 U.S. troops killed in the bombing at the Kabul airport and spoke by phone with U.S. veterans assisting ongoing efforts to resettle in the United States Afghans who helped the war effort.

Senate Minority Leader Mitch McConnell on Thursday criticized Biden’s handling of the end of the war and noted that the country has spiraled downward under renewed Taliban rule since the U.S. withdrawal.

“Now, one year on from last August’s disaster, the devastating scale of the fallout from President Biden’s decision has come into sharper focus,” McConnell said. “Afghanistan has become a global pariah. Its economy has shrunk by nearly a third. Half of its population is now suffering critical levels of food insecurity.”

First lady Jill Biden will speak Sunday at the Flight 93 National Memorial Observance in Shanksville, Pennsylvania. Vice President Kamala Harris and her husband will go to New York City for a commemoration ceremony at the National September 11th Memorial.