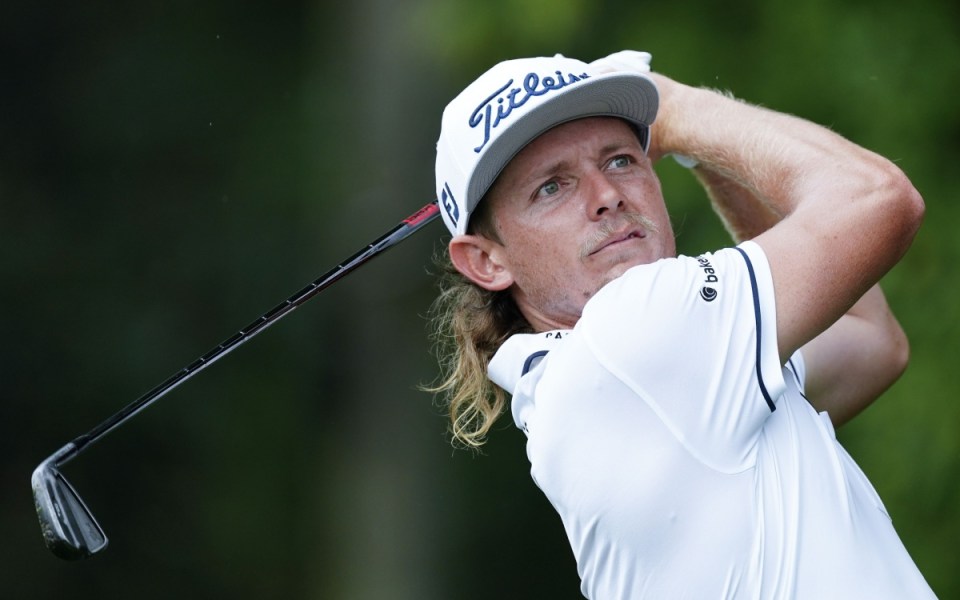 Working with Greg Norman to bring LIV Golf down under, Cameron Smith feels Australia will embrace the laid-back vibe of the rebel tour with music blaring as fans barrack for teams.

Playing his first LIV tournament in Boston this week after signing with the rebel tour, the world No.2 is the new headline act as the first current top-10 player to switch over.

The British Open champion was lured across by his “idol” and Australian great Norman, who is the LIV CEO, with the pair in talks before his St Andrew victory in July.

That win was perfect timing, giving Smith exemption for all four majors for the next five years.

“We spoke a few times about this, and I mean, yeah, he’s the idol,” Smith said from Boston.

“He’s someone that I would always listen to and would always have open ears for … I can’t wait to help him out.”

While paid a reported $145 million contract fee, the laid-back larrikin says the attraction of LIV is to be part of something new and different.

“I love how it is out here – it’s a little bit more laid back on the range, the music playing and I love that stuff.

“For me it was the right decision – I think this is the future of golf – it’s been the same for a very, very long time, and it needs to be stirred up a little bit.”

Currently played in three continents, Smith and Norman are planning for a LIV tournament in Australia next year to join the Australian PGA and Australian Open on the calendar.

“We are working on it and I think it would be awesome for Australian golf as Australia needs another event,” Smith said.

“A few years back we lost the Aussie Masters and to bring this new, exciting format to Australia I think will be embraced.

“I can’t wait to get back down there for another few weeks.”

He said the first person he called after his signing was his mum Sharon, who immediately started making plans for a rare family Christmas.

“I haven’t been back in Australia for three years so to spend more time at home and not miss weddings and friends having kids, that’s going to be a part of my life that I can’t wait to get back,” Smith said.

“The pandemic that we’ve had over the last couple years didn’t really help out, but for me to be able to go home, see my family, and play golf there more often, that was a really big up for me.”

Contesting both an individual and a team aspect over three rounds, Smith will captain the four-player all-Australian team which includes his great mate and fellow new signing Marc Leishman.

He said playing as part of a team was part of the attraction.

“To have an Australian team, playing for mates and having fun with them, it’s super exciting for me,” he said.

While Smith’s immediate future in the majors is assured, LIV is working to have Official World Golf Ranking sanction its small field, no-cut tournaments so the likes of Leishman can still qualify.

“It’s really a shame that we are not getting world ranking points out here,” Smith said.

“To have 48 of the best guys around the world playing and not to get world ranking points is perhaps a little bit unfair.”

Another negative is LIV players being ruled out of contention for the Presidents Cup team, although Smith hadn’t given up on being able to suit up against the US in Charlotte next month.

“I have spoken to Trevor Immelman (International Team captain) and Marc (Leishman) has as well and we are still willing to compete in that and I hope we can.”