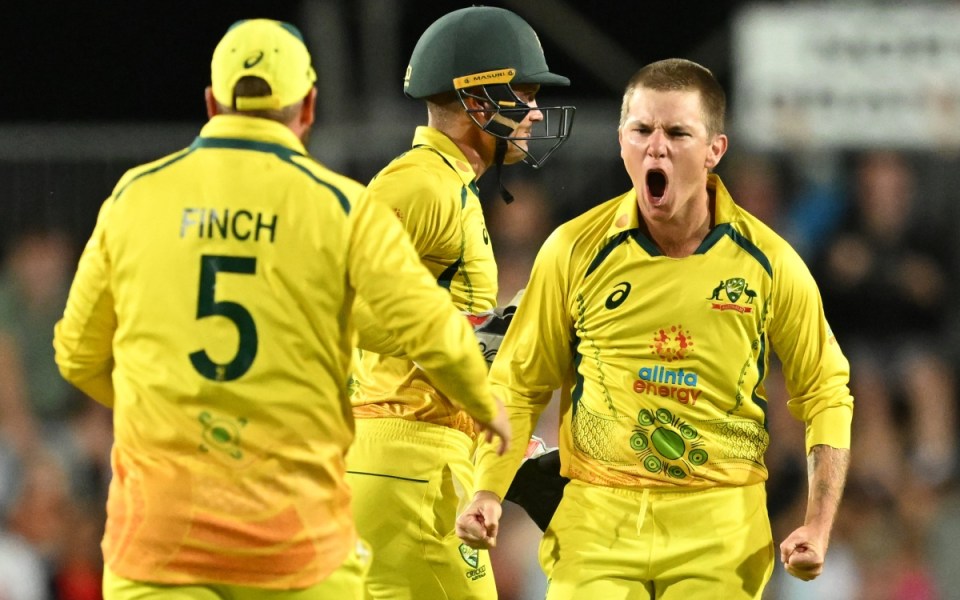 Australia has sealed the Chappell-Hadlee one-day international series over New Zealand with a game to spare after a 113-run win in Cairns.

Defending just 195 at Cazalys Stadium, the hosts looked like they could suffer a first loss to the Black Caps on home soil across three formats for the first time since 2011.

But a combination of stellar bowling and a nightmare batting display from the tourists, dismissed for a paltry 82, means Australia can calmly walk into Sunday’s final ODI with the series locked up.

The Kiwis were primed to end their trans-Tasman hoodoo when the Aussies were at one stage 7-111, before stellar tail-end cameos by Adam Zampa (16), Mitchell Starc (38 not out) and Josh Hazlewood (23 not out) added valuable runs.

Martin Guptill was dropped by Marnus Labuschagne before going the next ball for two, and a mix-up between the wickets almost saw the skipper walk inside the very first over.

And it didn’t get much better from there.

Sean Abbott’s injection in the ninth over paid immediate dividends snaring a two-wicket maiden, and his next three overs also went without going for any runs.

At 3-34 in the 19th over, Williamson missed a full toss from leg-spinner Adam Zampa and he was out lbw for 17.

Earlier, Williamson won the toss and sent in the hosts with Trent Boult (4-38) and Matt Henry (3-33) ripping through Australia’s top order just as they did in game one.

Aaron Finch’s woes with the bat continued, falling for his fifth duck of 2022 – the most by an Australian in a calendar year.

Steve Smith top scored with 61 and registered his 27th one-day half-century before the tail-enders added their important runs.

New Zealand’s ensuing batting display left its record on Australian soil at just 18 ODI wins, with its last coming in 2009.