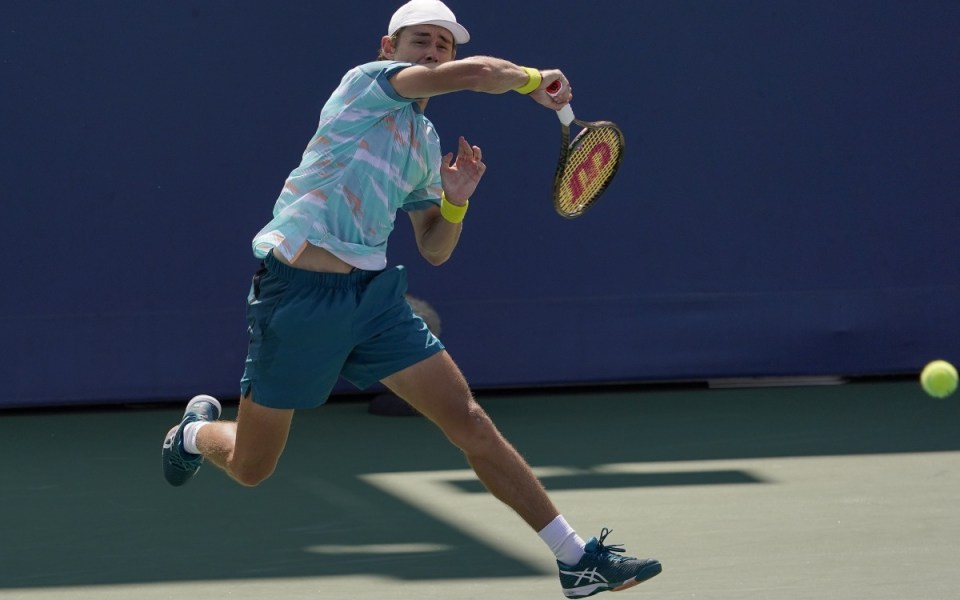 No more Mr Nice Guy, Alex de Minaur has showcased his ruthless streak in dishing out some cold-blooded revenge and moving mercilessly into the US Open third round.

De Minaur disposed of Chilean Cristian Garin 6-3 6-0 4-6 6-2 on Wednesday to power into the last 32 at Flushing Meadows for the fourth time in five visits.

Garin was the culprit who saved a match point and battled back from two sets to love down to beat de Minaur in the fourth round at Wimbledon – and the Australian No.1 hadn’t forgotten.

That crushing defeat at the All England Club was among the most despairing of de Minaur’s career and the 18th seed readily admitted this week he was eyeing atonement in New York.

And the tennis speed demon wasted no time going to work.

Clearly offended by Garin’s spirited Wimbledon comeback, when the South American played lights out for the last two and a half sets, de Minaur was intent from the outset of the return bout to set the record straight.

From 3-3 in the opening set, de Minaur turned the screws to reel off nine games straight to take a stranglehold on the match.

De Minaur, though, had to quickly regroup after dropping four consecutive games to concede the third set.

But that only made his victory more satisfying as he exorcised the demons of Wimbledon with a steely fourth set.

“I’m very happy with my level, but probably the happiest with how I was mentally. That, for me, was very important coming into the match and how I dealt with the circumstances,” de Minaur said.

“Yeah, happy to get through another match. That’s what I’m so proud of, that I was able to bounce back and not let it affect me.

“I easily could have started thinking about what happened in Wimby, being two sets to love up and kind of letting that one escape away from me.

“But I kind of knuckled down, stuck to my weapons and my tactics and what I wanted to do. I was able to go on top on the third and play some great tennis to finish it off.”

De Minaur next plays Spain’s 12th seed and two-time US Open semi-finalist Pablo Carreno Busta on Friday (Saturday AEST) for a place in the fourth round.

“He’s obviously playing some great tennis. A very tough match. It’s going to be a battle,” he said.

“I’m looking forward to it. Third round of US Open playing against a quality opponent who’s proven himself here.