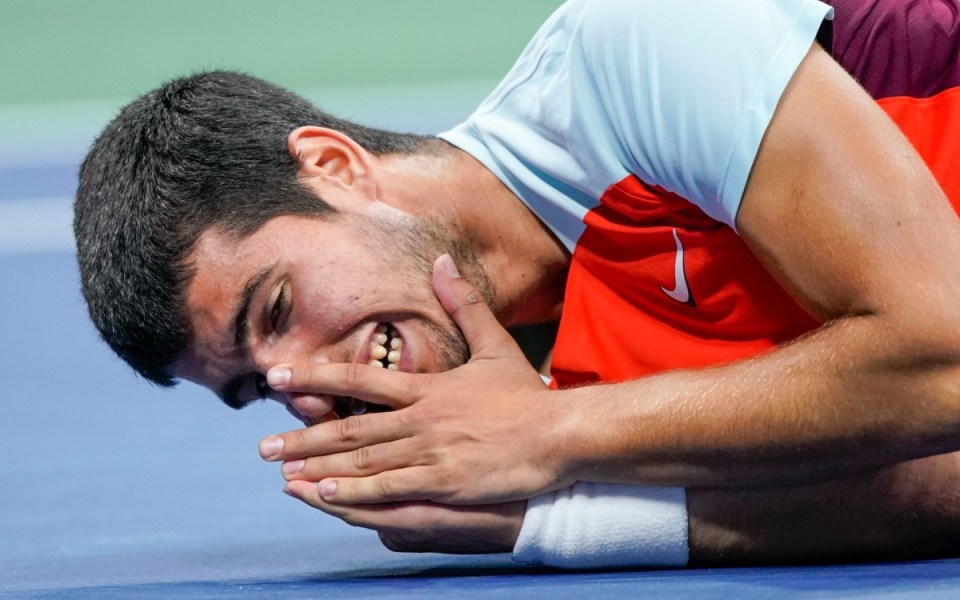 Carlos Alcaraz has used his combination of moxie and maturity to beat Casper Ruud 6-4 2-6 7-6 (7-1) 6-3 in the US Open final to earn his first grand slam title at age 19 and become the youngest man to be ranked world No.1.

Spaniard Alcaraz was appearing in his eighth major tournament and second at Flushing Meadows, but already has attracted plenty of attention as someone considered the Next Big Thing in men’s tennis.

He showed signs of fatigue only briefly, despite having to get through three consecutive five-setters to reach the title match at Arthur Ashe Stadium on Sunday, something no one had done in New York in 30 years.

Alcaraz dropped the second set and faced a pair of set points while down 6-5 in the third. But he erased each of those point-from-the-set opportunities for Ruud with soft-hand volleys he repeatedly displayed.

And with help from a series of shanked shots by a tight-looking Ruud in the ensuing tiebreaker, Alcaraz surged to the end of that set.

One break in the fourth was all it took for Alcaraz to seal the victory in the only grand slam final between two players seeking both a first major championship and the top spot in the ATP’s computerised rankings, which date to 1973.

“This is something that I dreamed of since I was a kid,” Alcaraz, whom many people of a certain age might still consider a kid, said.

“It’s something I worked really, really hard (for). It’s tough to talk right now. A lot of emotions.

Alcaraz certainly seems to be a rare talent, possessing an enviable all-court game, a blend of groundstroke power with a willingness to push forward and close points with his volleying ability. He won 34 of 45 points when he went to the net.

He is a threat while serving, delivering 14 aces, and earned 11 break points, converting three.

Make no mistake: Ruud is no slouch, either. There’s a reason he is the youngest man since Nadal to get to two major finals in one season.

The 23-year-old from Norway, though, is now 0-2 in slam finals. He was the runner-up to Nadal at the French Open in June.

“Both Carlos and I, we knew what we were playing for. We knew what was at stake,” Ruud said.

But this was Alcaraz’s time to shine, his turn to show off the speed and stamina, the skill and sangfroid, of a champion.

When one last service winner glanced off Ruud’s frame, Alcaraz dropped to his back on the court, then rolled over onto his stomach, covering his face with his hands.

Then he went into the stands for hugs with his coach Juan Carlos Ferrero, a former No.1 himself who won the French Open in 2003 and reached the final of that year’s US Open, and others, crying all the while.

You only get to No.1 for the first time once. You only win a first grand slam title once. Many people expect Alcaraz to be celebrating these sorts of feats for years to come.