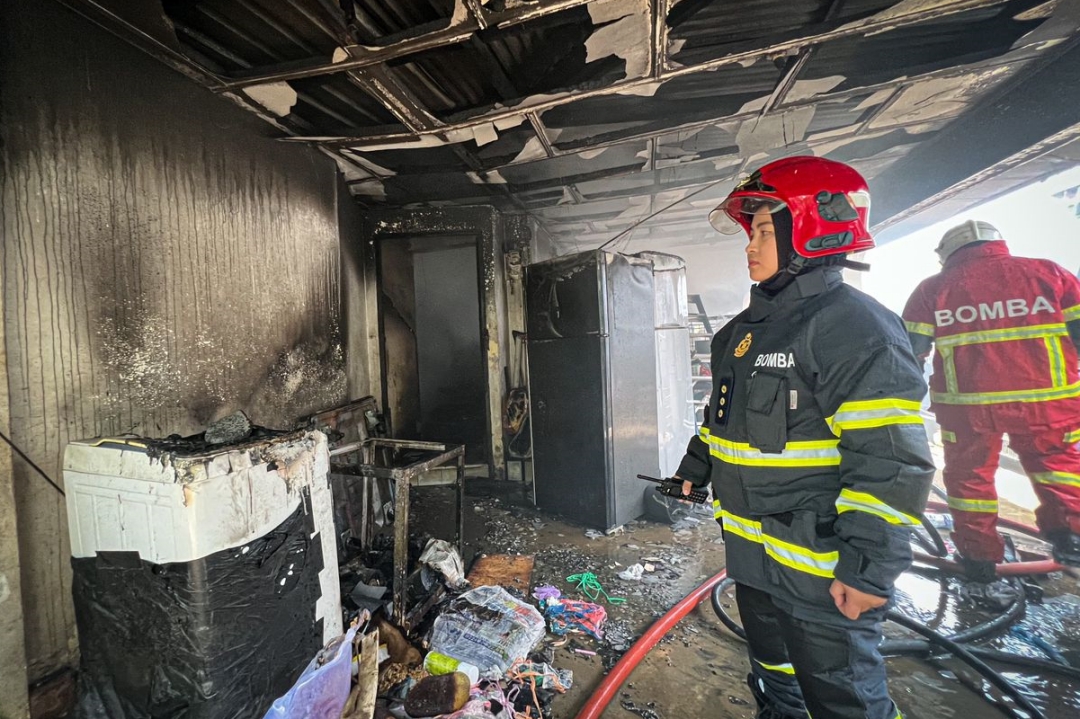 A Bomba photo showing firefighters putting out the fire at the house in Taman Malihah today.

According to the Fire and Rescue Department (Bomba) in a statement, they received a distress call around 12.23pm, and immediately sent firefighting teams from the Petra Jaya and Batu Lintang stations to the scene.

The fire was fully extinguished at 3.21pm, and no casualties were reported.

The cause of the fire and cost of damages were still being investigated.

In a separate fire incident, Bomba responded to a distress call around 11.42pm Friday night of smoke coming out from political party’s service centre at Lorong Leeling here.

A firefighting team from the Batu Lintang station were sent to the scene, only to discover that the fire was caused by shorted electrical appliances in the service centre, and did not involve structural damages to the building.

The fire was put out immediately before further damages were caused.