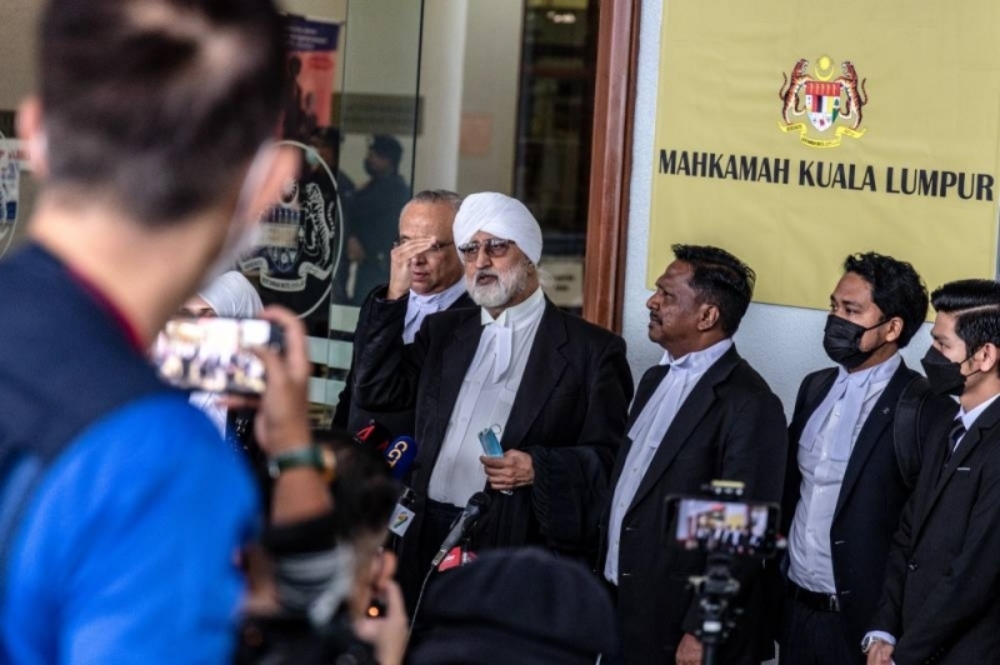 KUALA LUMPUR (Sept 1): The lawyers of Datin Seri Rosmah Mansor claimed injustice today after she was sentenced to 10 years imprisonment and fined RM970 million in her corruption trial, alluding to a leaked judgment purportedly prepared beforehand.

During a press conference after her conviction at the High Court here, Datuk Jagjit Singh continued to make reference to the document and High Court judge Mohamed Zaini Mazlan’s refusal to recuse himself because of it.

“His Lordship said it was not written for him; we believe him we have no reason to doubt him. But the fact still remains a lot of questions still exist. And I’m still troubled as I leave the courtroom. Who asked for this document to be prepared?

“Do you get the research unit to prepare opinions?” Jagjit asked reporters. “If you look at the opinions it looks like a full judgment.”

Jagjit said the leaked document mentioned that Rosmah was guilty and made recommendations to that effect, and that it was the work of a collective.

“So who is the ‘we’? I keep asking myself and I don’t have answers. This is where I’m ‘sakit hati’ (heartbroken). Where is justice?” he lamented.

Earlier today, Zaini said he did not refer to the leaked document or read it beforehand, saying he preferred to prepare his own judgments.

“The bulk of the credit must go to my team, and also the tireless and good work the anti-corruption agency and the investigating officers did,” Sri Ram said.

“They gave us more than 100 per cent, the sentencing was proper, the judge was fair and, in the end, I must say the purpose of this trial is to make sure we send a clear message to would be offenders.

“Corruption is a disease in our country and we want to stop it in its tracks. Let society and the Malaysian people know that we’ve done our duty and they can have faith in the judicial system, it works,” he added.

Earlier today, Rosmah was found guilty of soliciting and receiving bribes in turn for offering a government project to supply energy to 369 rural schools in Sarawak worth RM1.25 billion.

Zaini granted her a stay of execution pending an appeal and extended the RM2 billion bail she put up when she was charged. – Malay Mail