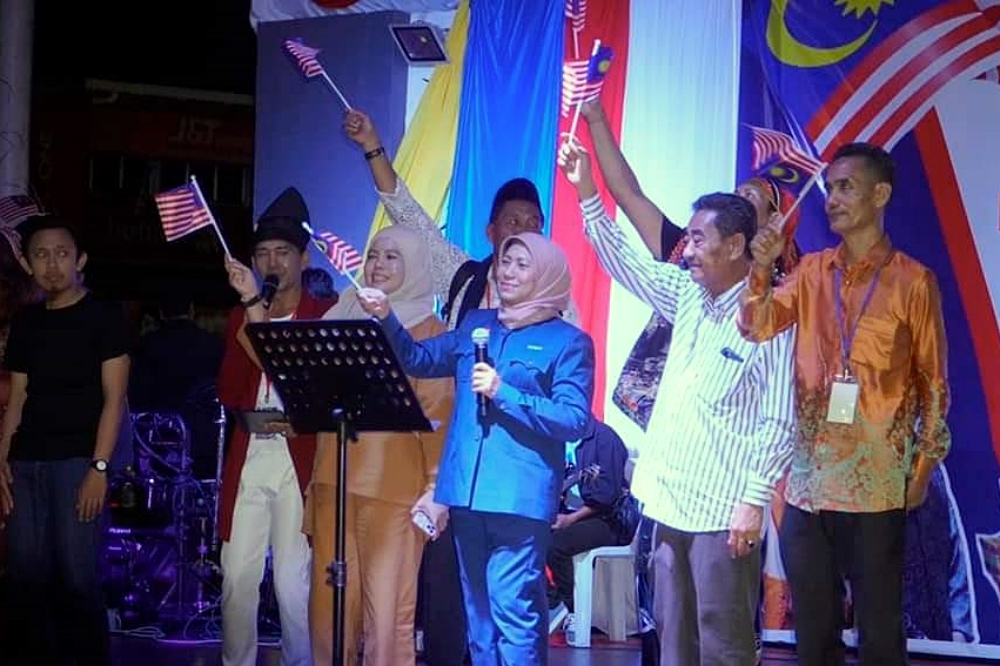 Nancy (third right) joins the waving of Jalur Gemilang and singing of patriotic songs. On her left is Awla.

Nancy, who is also Batang Sadong MP, said Sarawak Premier Datuk Patinggi Tan Sri Abang Johari Tun Openg has given the green light to the project which will be implemented in stages.

She also said a residential area will be developed as well for the civil servants working in the administration complex.

“This project is one of the six cores outlined for the development of Batang Sadong and Simunjan, namely infrastructure and physical development,” she said at the Simunjan-level National Day celebration at Simunjan Padang Sentral on Monday night.

Attended by some 2,000 people, the event saw fireworks display and singing of patriotic songs.